“Imagine that Johnny Cash grew up listening to underground punk. Put those together and you’ve got something that would sound a lot like Gas Pump Talent.” – Kevin Krauskopf – St. Joseph News-Press

“GOTTA HAVE IT!! by Tabitha McDonahugh This CD is so great…the guys are even better live!! Original stuff with a nice refreshing new sound. Definitely worth the buy! Not to mention the guys are super HOT 🙂 Looking forward to more…. by LBester I haven’t been able to see them live, but now I definitely will! Amazing album with a refreshing sound that is not like anything else. good stuff by big ears83 get this album, rip the filters off your cigarettes, smash a glass, and drink your whiskey straight from the bottle! Good sh*t!!!” – Itunes Customers – Itunes

“All of this augments the songs at the heart of the record, music for the workaday Americans who do what they have to do to pay the bills and wait for the night’s stiff drink to leave it all behind them. The title track nails that vibe with its mix of resignation and quiet chin-up ownership of fate. Resilience is as good as gold on this album: Maybe the song’s most downtrodden song content-wise–you learn more about the downtrodding, anyway–”Ruler of the Elves,” about a boy coming to terms with not fitting in, is also its most musically upbeat, complete with handclaps and, yes, accordion.” – Chris DeRosier – Tag Magazine

“The strength of the band was clearly their original songs. The sound they have created really only would work the way they deliver it, with a raw sound and very good songwriting to back it up. The best of their originals performed had to be “No Place In History” the song really epitomizes what the band is and what their strengths are.If given the opportunity to see them I would recommend it; their sound will catch you off-guard and they will be unlike any other act you will see for quite a while.” – Vocals on top – vocals on top

“The band would get a very strong reception right away from a crowd that would stay for most of their epic set. Gas Pump Talent started their music a few minutes after 11:00 and would continue to play without a break until 12:45 for a mammoth hour and 45 minutes of songs, right up until last call at the Cafe Acoustic. At one point even saying they were going to play until the crowd let them know when to stop.” – VocalsOnTop – VocalsOnTop

“Next up, Gas Pump Talent from Springfield, MO – who describe their own sound as “stomp and holler” – showed they’ve learned to cunningly mash-up more acoustic genres than can be listed – and well. Sadly, I was out of eyesight of the stage throughout their relatively short set. Fortunately, I heard them just fine – recordBar’s sound guys consistently set a high bar. Gas Pump Talent showcased musically captivating, campfire, Ozark-styled country-crunk that had DNA speckles of Dylan, Springsteen and Waits sprinkled throughout. Their performance was infectious, often lending to an Irish folk vibe that beckoned you to order a whiskey drink, pull a chair up front, and sing along with any reoccurring stanza you heard. I recall debating their genre with some friends as we listened…this was much in vein, which always makes me happy. The Midwest consistently cultivates great bands that are hard to paint into a corner. ¡Viva Springfield!” -Christian Anders Liljequist – The Deli

No Place in History CD-EP 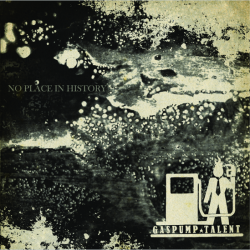 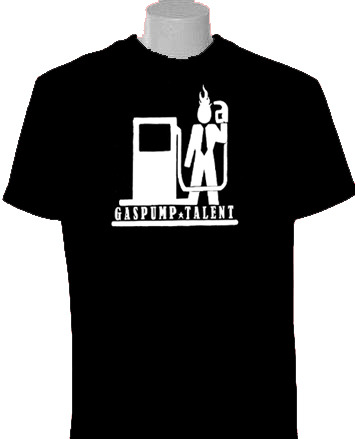 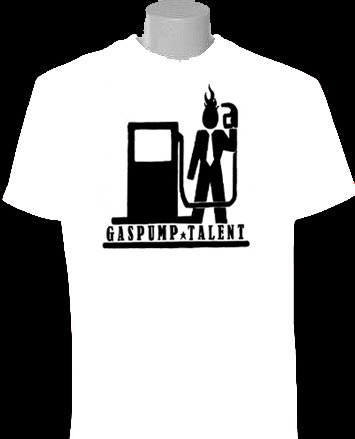